Saying Yes to Heartbreak: My First Journey Into Fostering 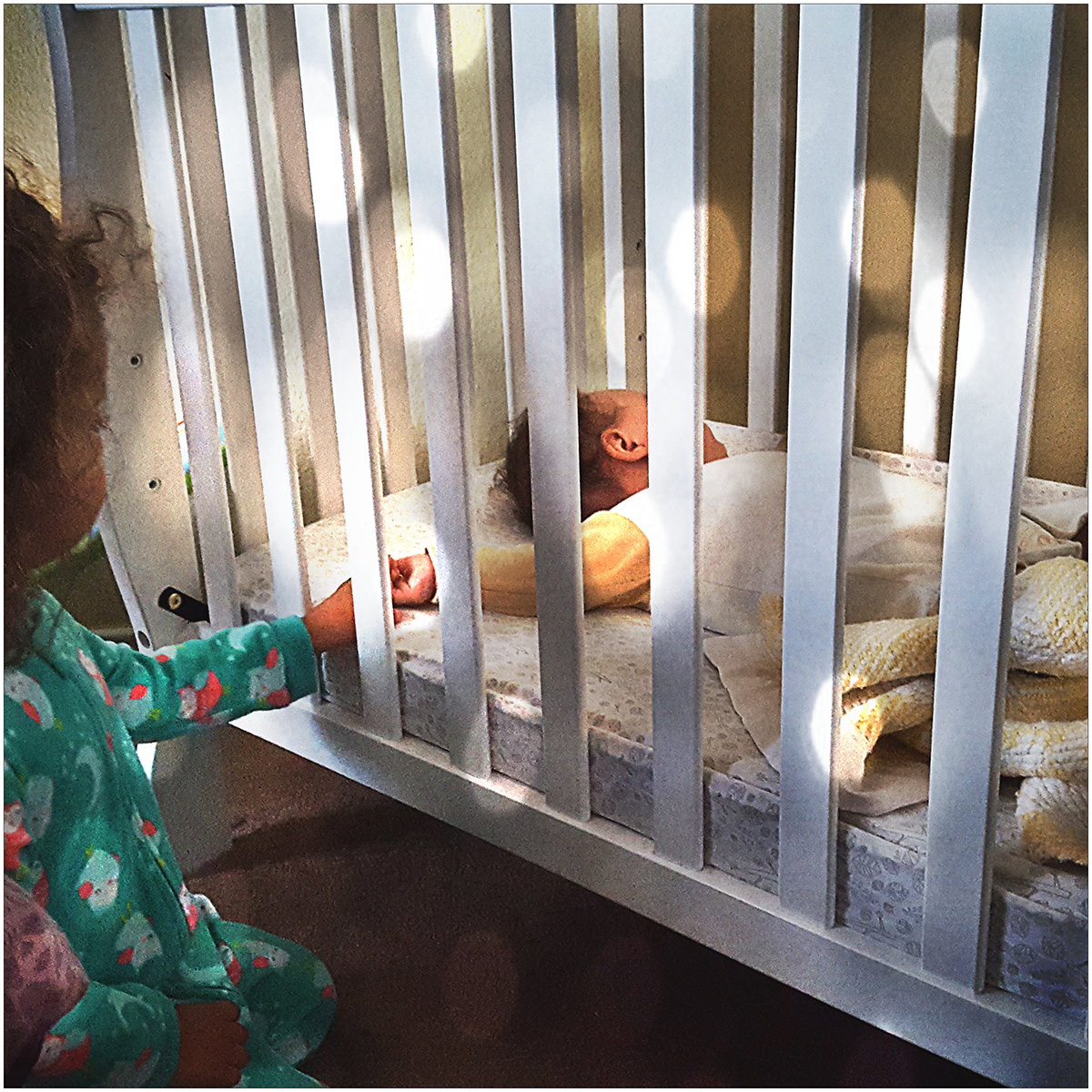 Thanksgiving 2015, as my husband and I were taking the six-hour drive from Austin to Brownsville with our twin 2 year old girls, I decided to talk to him about something really important that had been on my mind for a long time, something that we had already talked about years prior but, like so many discussions, had been put on the shelf to talk about another day. It was time to bring it off that shelf. I was nervous, anxious, even scared. I grabbed his hand, looked at him and said, “I know we’ve talked about having another kid, but I think we should start fostering. Would you be open to the idea?” And with no hesitation he said, “Yes.”

After talking much more we agreed that fostering was what we wanted to do and we began looking into agencies and what would be needed to get licensed (a lot). Finding an agency we liked turned out to be really easy because my childhood best friend who was also fostering had nothing but great things to say about Austin’s Helping Hand Home. We called, signed up for training and for almost nine months went to classes, got all the required background checks and certifications, did the interviews and slowly checked off the long list of boxes while we both had full-time jobs and were raising our girls. We were officially licensed to foster in December 2016 and were placed with our very first little boy who was 9 months old on Feb. 14, 2017. 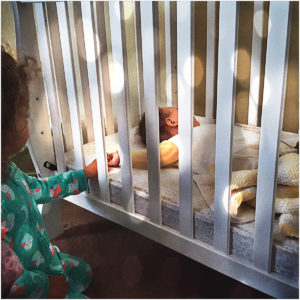 Probably the most common thing I hear when I tell people we’re fostering is, “Oh, I could never do that. It would be too hard to give the child back.” Over and over I hear this. Obviously my husband and I talked a lot about this, could we give a child back after falling in love with him or her? In some ways the answer was really simple. Of course we could give them back, because we wouldn’t have a choice, because CPS would come to our house and physically take them away. But I understand what people mean, and all I know is when I look back at all the people in my life that I have loved and lost, I don’t for one second wish that I had never loved them or that they hadn’t entered my life. And so we said yes to that little boy that we knew from day one would not be with us forever. That one day, someone was going to come to our door, put him in a car, and drive away.

It was so easy to fall in love with baby K. At 9 months, he was at a pretty adorable age to begin with. He had all the pudginess and roundness of an adorable cabbage patch baby, with the best smile, and oh his laugh … the absolute best laugh that forced everybody around him to laugh as well. He was the kind of baby that anyone could hold and he never cried. He never cried … like it made me a little nervous how he didn’t cry. He took his naps, ate his food. I don’t know how else to put it except that he was the perfect baby. In fact, he was so perfect and so easy that when Helping Hand called to say they had a newborn waiting in the hospital that needed a home, we ended up saying yes. And so on April 10, 2017, our family of four that had grown to five became a family of six overnight. 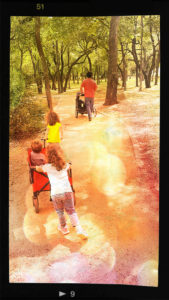 This probably sounds really annoying, but baby J turned out to be perfect, too. Hardly cried, drank his bottle and slept… Well, he slept like a newborn, so he was awake every three hours, but he wasn’t fussy, he ate and went right back to sleep.

Still, with four kids under the age of 4 and both my husband and I working full-time and dealing with parental visits, doctors, physical therapies, CPS, CASA and attorneys for two different cases, life was crazy. My life was headed on a new path and I decided to fully embrace it and quit my job. On May 5, I became a stay-at-home foster mom with a 13-month-old and 1-month-old, shuffling naps, sippy cups, bottles, and visits. Talking on the phone with this person and that person, getting updates on the cases and finding out the next steps.

And then it happened. The time to say goodbye. With little baby J we knew it was coming and we braced ourselves for the impact. I met with the bio family and talked with CASA and my case manager through Helping Hand. We sat down with our girls and gave them the news that he would be leaving and told them all the reasons why it was such a great thing and how he gets to be back with his family. And it helped. All the talking and re-assuring and heart-to-hearts helped. 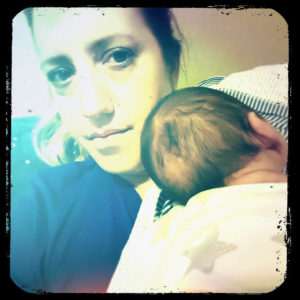 But it also hurt. Like daggers to the heart. Because I was the one who took him home from the hospital. Because I was the one who, for three months, woke up throughout the night to feed him and change him. Because I was the first person to see him smile and the first one to see him roll over. I cheered for him during tummy time while he held his head up and rocked him in my arms to sleep. And I thought about what everyone says, that they couldn’t do it, they couldn’t give them up. And I hugged him close and tears streamed down my face and I said, “I can. I can, because I can’t keep him knowing his family is in agony without him and that they love him too. And because there was someone knocking at my door to take him home.” And so, on June 29, 2017, he left and we were back to a family of five. 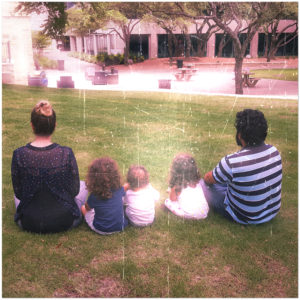 Not even two weeks after saying goodbye to baby J, it happened again. While on a much-needed weeklong vacation in New Mexico, I got a text from my caseworker that baby K would be leaving when we got back into Austin. Five months after bringing him in our home, he was leaving.

My heart broke. I couldn’t breathe and the world spun and I fumbled for my sunglasses so that my girls wouldn’t see their mother crying and I called to my husband and choked out the words, “He’s leaving.” He understood. He shuffled the girls to my family members and together we looked at the text and breathed, and both our hearts broke again. Then we did what all parents do, we took a final deep breath in, wiped the tears, went back to our family and continued on, despite my body feeling like it had been filled with lead, every step hard and heavy, while also feeling weak and fragile. If someone poked me, I was sure I’d shatter.

When baby J left I put together a more personalized/modified Hope Pack. Being a co-founder of the nonprofit Carrying Hope, that puts together backpacks filled with essential and comfort items for kids entering the system, it only felt right to put one together for him as he left the system, too. It helped me to feel like I was able to do that one final thing for him before he left. 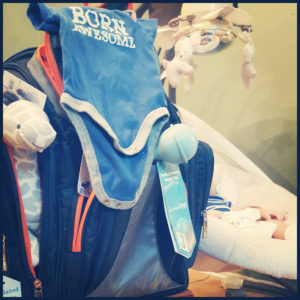 When it came time for baby K to leave, I decided to put together a “Hope Box” — there was just too much stuff for only a backpack. I walked around Target looking at this and that. Putting in diapers and wipes, some food pouches, other essentials. On the shoe aisle, I started to lose focus. I found a pair of summer sandals, but then, realizing how fast baby feet grow, wondered if I should get him a size up for winter. Maybe I should get both. As multiple shoeboxes started to fill my cart, I became overcome by the pain. I couldn’t buy him a pair of shoes for every stage of his life. I wasn’t going to be there.

I choked back tears, bit my lip, put the shoes back and moved on. And I thought again about what everyone says, that they couldn’t do it, they couldn’t give them up. And I thought, “I can’t either.” At home, I decided I would pack later, I wasn’t in the mood. Instead, we piled all the kids in the car and went for ice cream with no worries about bedtime. I dreaded the night, because that meant the next day was coming, and the next day he was leaving.

Morning came and I finally got the call from CPS that I was waiting for. I needed baby K’s caseworker to reassure me that this was the right thing, that he was going to be safe, that he was going to be loved and cared for. And I listened as the caseworker told me all that the family had done to get ready for him and how much they missed him and wanted him home. And my heart broke again because I completely understood what they were feeling. That’s when I knew: he had to go back.

I looked at baby K and said, “I’m so sorry. I’m going to disappear and you’re too young to understand but there’s a whole bunch of your family that love and miss you and they’re going to take care of you, and I’m always going to love you, too.” And then I packed. I put everything I bought into a big toy box and gathered the rest of his things together with the help of my girls, who picked out toys of their own that they thought he would like. And then the knock came and I found myself putting my heart in a carseat, tightening the belts, kissing it one final time and walking away. And again, our family shrunk, now from five back to four. 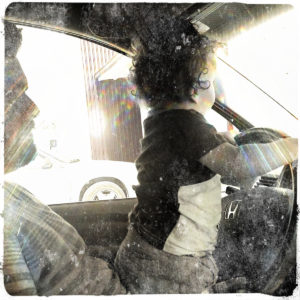 Through all this, my husband has been by my side, and I wondered, “Is this going to do him in? Is he going to say that he doesn’t want to foster any more?” After all, we just said two goodbyes in less than two weeks time and he had formed an especially tight bond with baby K.

Once again, I needed to ask him an important question, and again I was nervous, anxious, and scared for the answer. I grabbed his hand, looked at him and said, “Do you regret it?” And with no hesitation he said, “Absolutely not.”

Neither do I. It was hard. And it may not get easier when we accept another placement in the next week or two. It may never be easy. And that’s OK. Because even though giving them back was the worst, knowing these incredible kids was the absolute best, and sharing a home with them, even with the inevitable goodbyes, is something I’ll never regret for a second.

There are so many ways you can help! From building hope packs, to sponsoring a child, to participating in an annual drive to becoming a Hope’s Hero and so much more.

Thank you for following Carrying Hope! Check your inbox soon for upcoming events.